Emmanuel Mushekwa was born in Dambwa, a small but crowded suburb of Livingstone bustling with life. He was raised here single-handedly by his mum, as his Dad, who he never knew, left the family when he was very young. Like most families who reside in this area, life wasn’t easy and most of Emmanuel’s time was spent helping his mother around the house to support his 2 younger brothers and sister. Since a very young age he has been heavily relied on to take care of the cooking and cleaning, whilst his mother desperately battled to find employment in Livingstone. She eventually managed to find some part-time work as a waitress for a local restaurant for some years, but it still wasn’t enough to support the growing family. As a consequence of Emmanuel’s involvement in household chores he often missed school classes and his education suffered as a consequence. Unfortunately, this is often the case with children raised in single parent families in Zambia. 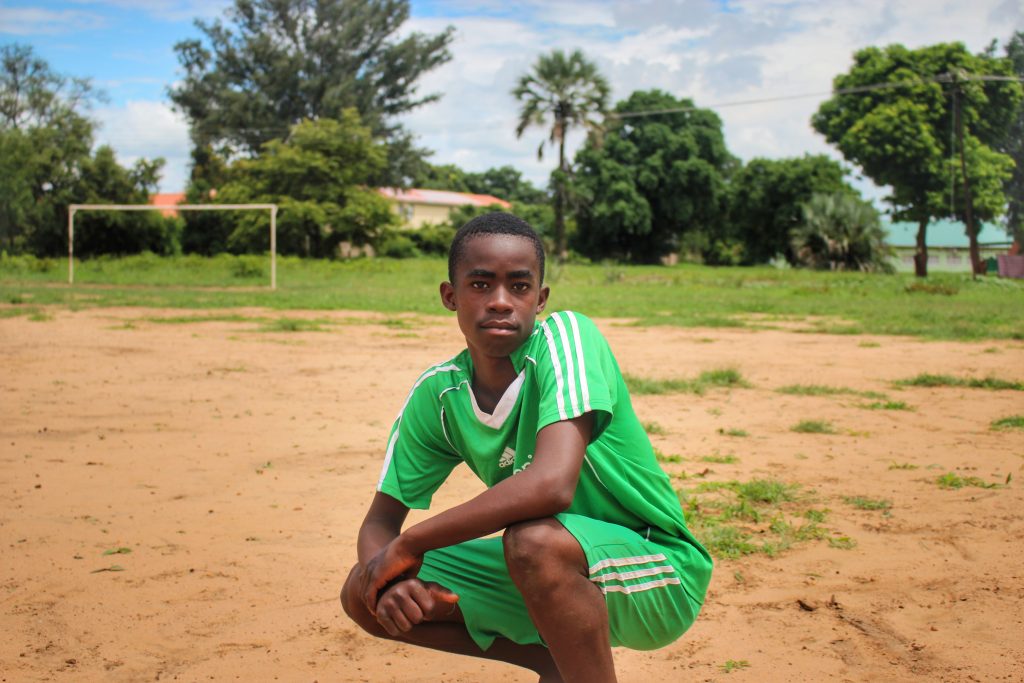 In 2014, his uncle introduced him to the Young Boys Football Club who played on a dusty patch of ground near one of the markets in Dambwa. Emmanuel enjoyed the freedom of playing football and even without a background in the game he managed to keep up with the other players on the team. Although he now had football in his life, day-to-day living wasn’t getting any easier. Later in the year his mum, who was still struggling to find substantial employment in the area, made a decision to move to Lusaka in a bid to find a job that would pay enough to give her children a meal on the table every day and an education that every child deserves. Emmanuel and his siblings were left in his grandparents care a few roads down from their previous house. He hasn’t seen his Mum since, but is hopeful that one day they will be reunited. 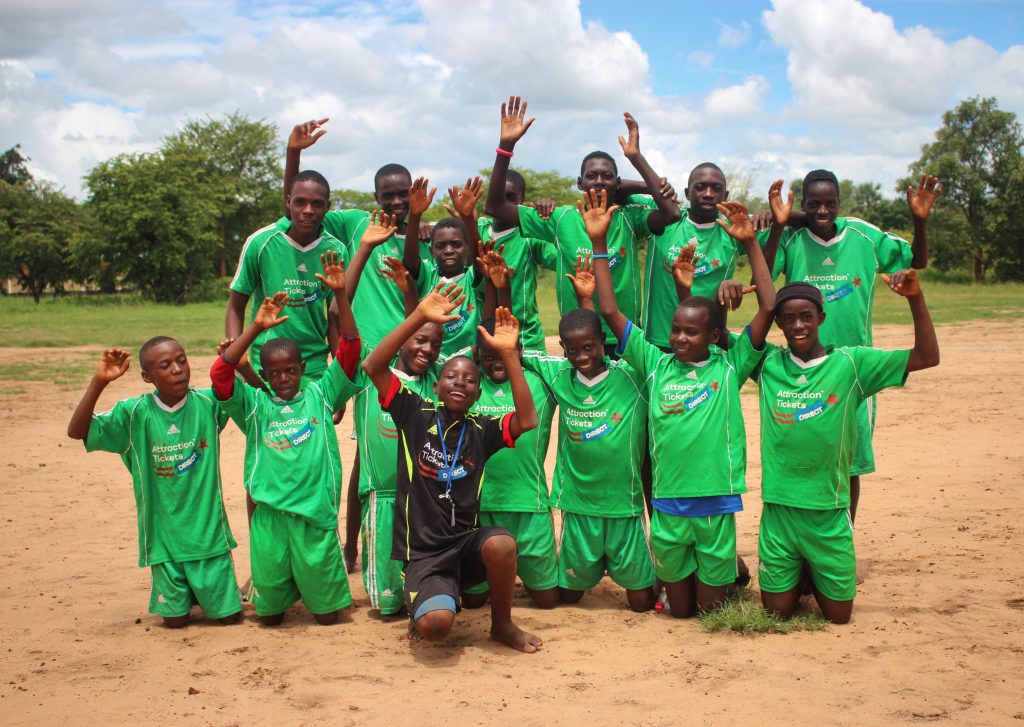 Emmanuel is now 14 and still plays for the U14 Boys Team which is now part of Livingstone Youth Football Academy. As a talented and key striker, he gets selected to play in matches nearly every week and his success was shown by the 8 goals he scored last season. With the new programmes established at LYFA, Emmanuel now attends school every day and is given food every time he goes to football training or plays in a match.

Aside from his dream of becoming a world-class striker like Lacazette, who plays for Arsenal, Emmanuel puts his head down at school fueled by an ambition to study engineering at university and become an aircraft engineer.

One Dream at a Time: Steven’s Story