16 Days of Activism Against Gender Based Violence

Violence is one of many issues that affects women in Zambia. According to the Zambia Demographic Health Survey (ZDHS, 2018), GBV cases against women continue to rise with physical and sexual violence being the most prevalent.

Play it Forward has been an advocate towards the elimination of GBV against women. We use football as a tool for making girls, adolescents and young women aware of their sexual and reproductive health rights. The outcome of this intervention is a reduction in incidence of violence against the girls, adolescents and young women who are beneficiaries of our programmes. 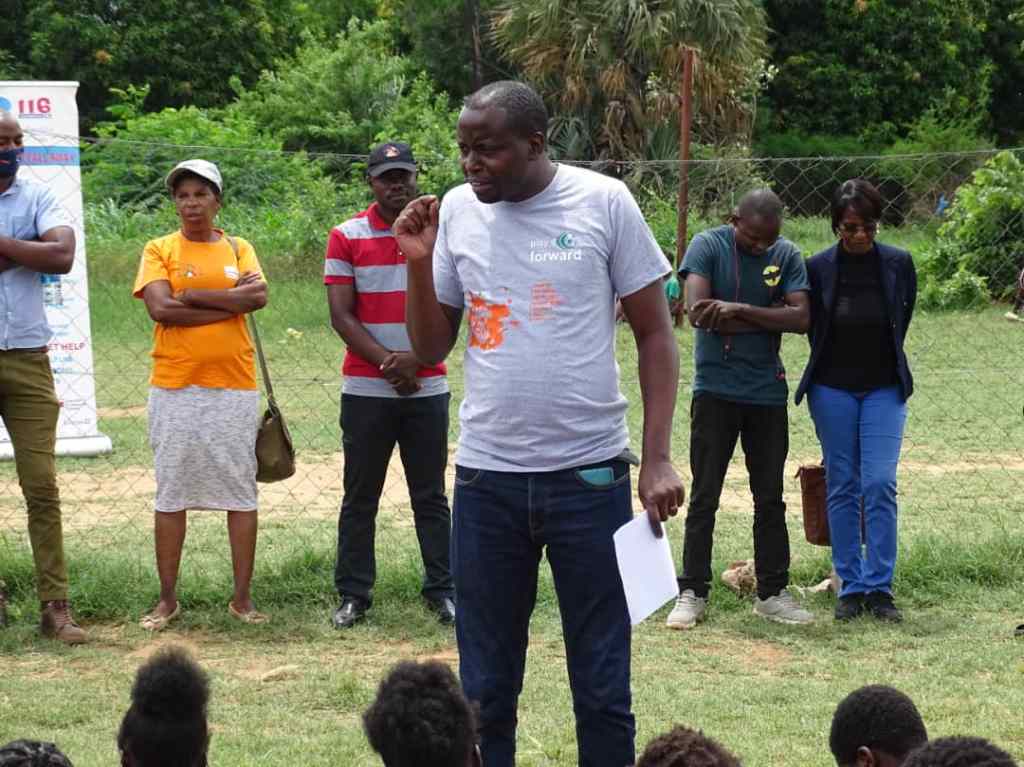 As part of the commemoration and its goal of contributing to the reduction of gender based violence (GBV) cases in Zambia, Play it Forward hosted a football tournament on Saturday 28 November 2020 at Mulwani football grounds located in Dambwa Central of Livingstone District. Six teams participated in the tournament with a total of 84 adolescent girls and boys participating  activities which included football matches based on the ‘Football3 Model’, and sessions on GBV and sexual harassment and abuse which were conducted in conjunction with the Zambia Centre for Communications Programme (ZCCP). At the end of the tournament, each the six teams was awarded with a certificate of participation.

The key objective of the tournament was to create awareness on preventing and eliminating GBV against women and girls in the communities.

The event was officiated by a senior government official who represented the District Administrator for Livingstone. He applauded PFZ for engaging young people in football with the aim of creating awareness on GBV against women and girls, and sexual harassment and abuse.

The government appreciates the efforts of partners such as Play it Forward Zambia for complementing its efforts in curbing GBV in Zambia.

The government appreciates the efforts of partners such as Play it Forward Zambia for complementing its efforts in curbing GBV in Zambia.

Football3 is a model created by Street Football World with the aim of promoting fair play, equality and teamwork, and empowering young people with skills they need to flourish off the pitch. Football3 allows community organisations to implement tailored programmes in line with their local need with the aim of creating a lasting impact. 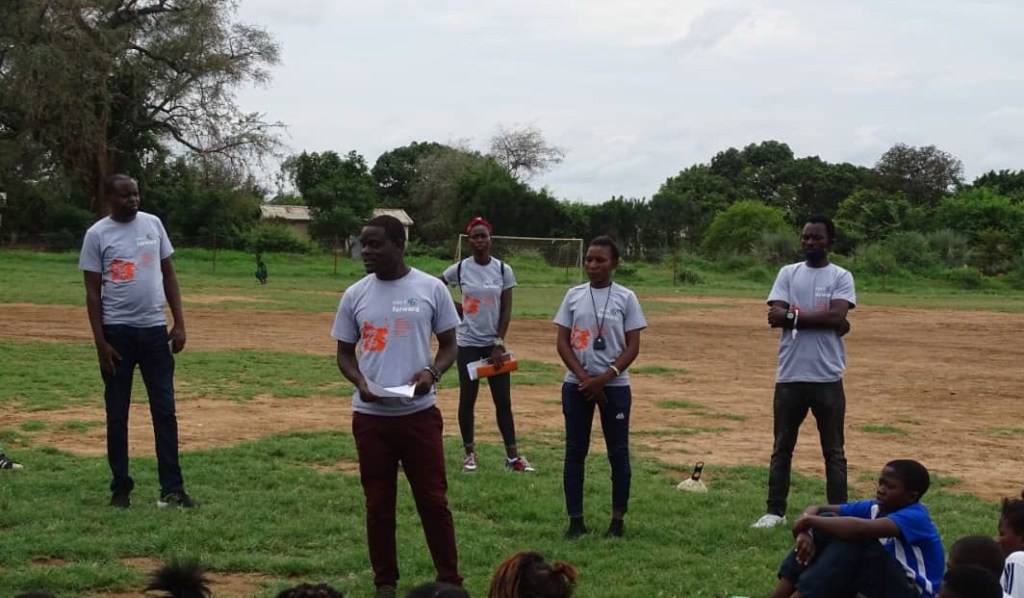 PFZ considers the media as one of the most important stakeholders in the elimination of GBV. As such, our Country Director and Programmes Manager participated in radio programmes on Zambezi FM and Power FM, respectively. The two radio stations enjoy a huge following in Livingstone and surrounding areas. Discussions on radio bordered along how we have used football to contribute to elimination of GBV.

Sports coaches are key in creating safe spaces and enabling environments for young people. A safe sporting environment is a catalyst for the prevention of safeguarding issues on and off the field of play. Educating coaches on safeguarding and GBV issues can contribute to eliminating violence against girls and women. As such, during the 16 Days of Activism against GBV, we held a Focus Group Discussion (FGD) with twelve coaches from six football clubs located in Livingstone and surrounding areas. Discussions evolved around reporting of incidences, leading change in their communities and educating young people to show respect to women and girls. The FGD was facilitated by the Zambia Centre for Communications Programme (ZCCP) in conjunction with the Zambia Police Victim Support Unit.

Football coaches are an important resource in the fight against GBV. They provide valuable lessons that shape their players who in turn grow up to be responsible citizens who respect girls and women and their rights.

One Dream at a Time: Steven’s Story