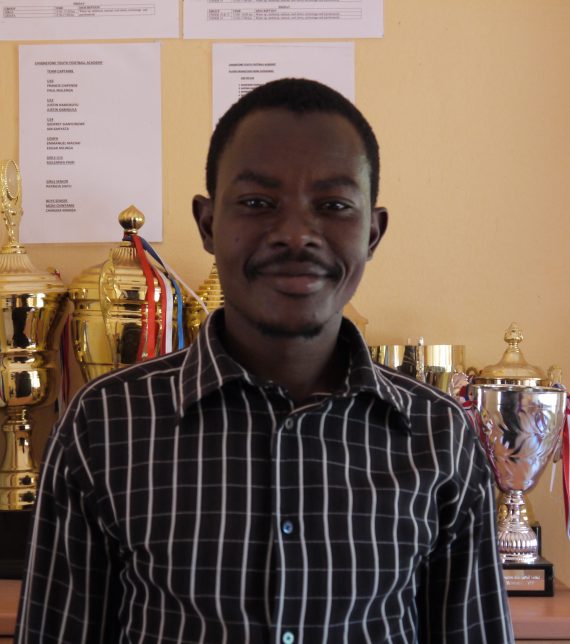 Stafford Manda is a Coach at Play it Forward. Before joining us, he had a playing career that spanned -15 years. He started his playing career at Kabwe Warriors moved on to play for Diarora Football Club in South Africa. After which he returned to Zambia and played for three other teams before leaving Muzanza Police to join Livingstone Youth FA. While at the academy, he put himself forward to attend courses like the; Tackle Africa Level 1 coaching course, Swindon Town FC Community Foundation coaching education, Faz D License and finally Red Cross First Aid before becoming a coach of the under 12 and 14 boys. He is committed to supporting younger players to achieve their dreams and rise to greater heights in whatever they do. He has been able to mentor and also be a role model to so many of the players in the academy.